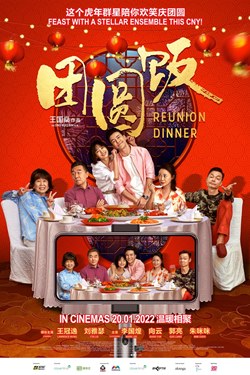 This romantic-comedy follows the story of a soon-to-wed couple who are officially meeting each other`s families for the first time over the Lunar New Year. A series of mishaps ensues and they soon uncover the secrets they have both been keeping. Beijing-based Singaporean actor Lawrence Wong is the male lead, playing a charming creative director of an advertising firm while Mediacorp artiste Xiang Yun plays the role of his mother. Actor-comedian Mark Lee plays a close family friend in a comical role that audiences have come to expect from Singapore`s king of comedy. The film is helmed by writer-director Ong Kuo Sin.